Termites are the most destructive species in the world. When termite colonies feed, they cause huge amounts of damage to buildings and structures. There are hundreds of different termite species in Australia, however, most of these do not pose a threat to humans and their homes. The few species that do pose a threat, cause more damage to houses than fires, floods, and storms do annually. 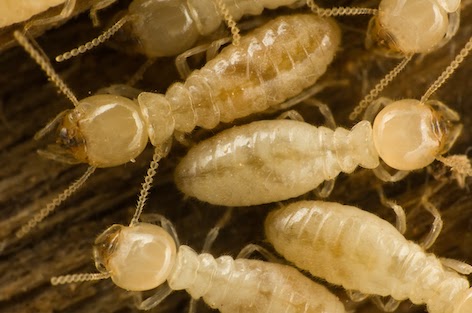 The 3 Most Destructive Termite Species in Australia

This species of termite is a subterranean termite and one of the most common termites in Australia. The cost of termite damage is over 5 billion dollars a year and in Australia alone, termites cause a bigger damage bill than all natural disasters combined and the Coptotermes is responsible for most of this damage.

This species has major economical significance as they do not require soil contact. This means they can be found near the top of tall buildings, given they have a steady supply of moisture. They can chew through electrical wiring and any source of wood/timber causing major damage.

This species of termite is found commonly along the eastern NSW and QLD coast line and also throughout the whole of Australia.

In terms of economic damage, this species is extremely significant and second to the Coptotermes species. They tend to nest in tree stumps, living trees and underneath both patios and fireplaces. The infestations can become quite significant as although each nest is typically home to several thousand termites, they build multiple subterranean nests nearby. The Schedorhinotermes Intermedius can cause severe and rape danage to buildings and other timber structures.

Find out how to identify the Subterranean Termites : Schedorhinotermes intermedius.

This species of termite is limited geographically, and is found primarily in tropical Queensland, Northern Territory and Western Australia.

The giant termite is the world’s most destructive termite species and can completely destroy a home in a matter of months. They are known to cause severe damage to houses, buildings, bridges, poles, posts and other timber structures, and with a varied diet they are also known to feed on a range of other materials including plants and organic matter.

Learn more here, Everything You Need To Know About the Giant Northern Termite.

How to Protect Your Home From Termites Species in Australia

As a homeowner in any Australian suburb, it’s important that you take the initiative to set up TermiGold’s termite bait stations around your home. Even if you’ve just recently undergone a termite inspection.

Why? Bait stations are the most effective solution out there for preventing termites and eliminating entire termite colonies. They attract and kill termites to prevent them from accessing and damaging your home. Don’t leave it until it’s too late.

If you have any questions about ways to prevent termites, please get in touch. We provide the most effective DIY termite treatment solutions in Australia. Our products were developed for DIY and professional use, and they are lethal to every termite species in Australia but safe for your family, pets and the environment.